The Global Exchange Workshop is a collaborative initiative of USC’s School of Cinematic Arts, Production Division, and the School of Theater, Film & Television at the Communication University of China in Beijing. These 8 new short documentaries were created by teams of students from USC and the Communications University of China in Los Angeles during the Summer of 2019. 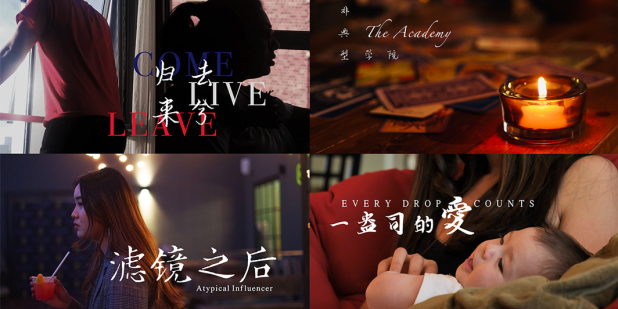 Now in its second decade, the Global Exchange Workshop (CTPR 515) is a collaborative initiative of USC’s School of Cinematic Arts, Production Division, and the School of Theater, Film & Television at the Communication University of China in Beijing. Each summer, eight MFA students from each institution are selected to collaborate in pairs on short documentary films. The workshop alternates each year between the two universities.

This summer, the Global Exchange Workshop was held in Los Angeles!

On May 10, 2019, eight MFA students from the Communication University of China in Beijing, China, arrived at LAX to begin a collaboration with eight MFA Students from USC. A few days later, they met their collaborators and faculty for the first time, pitched ideas, formed groups, and began researching their chosen subjects –ranging from immigration to love to spirituality. You are invited to see the US Premieres of their completed short films –and meet the filmmakers!

The films from this year's Global Exchange Workshop: Check-In & Reservations
This screening is free of charge and open to the public. Please bring a valid USC ID or print out of your reservation confirmation, which will automatically be sent to your e-mail account upon successfully making an RSVP through this website.

Parking
The USC School of Cinematic Arts is located at 900 W. 34th St., Los Angeles, CA 90007. We recommend the USC Royal St. Parking Structure, at the far end of 34th street closest to S. Figueroa St. Parking passes may be purchased for $12.00 at this entrance, located at the intersection of W. Jefferson Blvd. & Royal Street. Limited street parking is also available along Jefferson Blvd.

Parking map and directions can be found HERE.