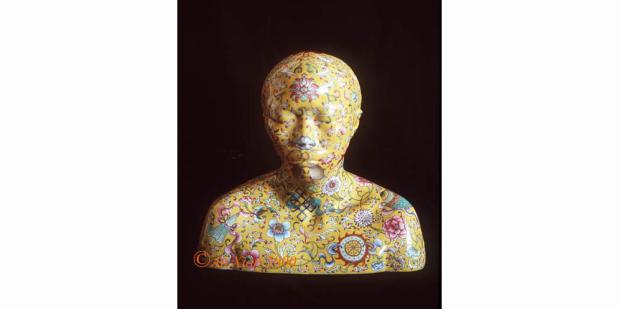 USC Pacific Asia Museum has a long history of featuring contemporary art from Asia and Pacific Islands. Reshaping Tradition: Contemporary Ceramics from East Asia will continue that legacy and support the museum’s ongoing efforts to show contemporary Asian art as part of a vital continuum that is relevant to life in Southern California today. The exhibition aims to trace some of the most innovative and extraordinary developments that have re-shaped the ceramic practice today. The diversity and depth of ceramic tradition in East Asia have been appreciated by many over the course of millennia. With differences in artistic approaches touching upon various issues from personal to public and aesthetic, ceramic artists in this region have continued to achieve a stunning diversity and creativity. Juxtaposed with the select examples from the museum’s permanent collection representing significant ceramics tradition in East Asia, the contemporary works in this exhibition will illustrate how artists today employ their tradition as a springboard for countless innovations, creating works that speak to contemporary ideas.
Reshaping Tradition will includes six prestigious artists, Ai Weiwei, Ah Xian, Bui Cong Khanh, Harumi Nakashima, Ikjoong Kang, Liu Jianhua and Yeesookyung. Tradition is the undercurrent that shapes most of the issues and dialogue explored in the proposed exhibition, and all artists critically reference and draw inspiration from earlier ceramic tradition. Major themes explored in the exhibition will be contemporary interpretations of traditional ceramics, the relationship between the handmade and mass production, new materials and techniques in contemporary practice, among others.
Artists
Ai Weiwei
Born in 1957, Ai is working in Beijing since his stay in the U.S. in 1981 to 1993. As an artist and activist, he has been highly and openly critical of the Chinese Government's stance on democracy and human rights. He served as artistic consultant on the design of the “Bird’s Nest” stadium for Beijing’s 2008 Olympics, and has curated pavilions and museum exhibitions around the globe. His work has been widely exhibited throughout the world, including solo exhibitions at Royal Academy of Arts, London, Brooklyn Museum, NY, Mori Art Museum, Tokyo, and De Pont Museum of Contemporary Art, Tilburg, among others.
Ah Xian
Born in 1960 in Beijing, he was initially trained as a painter. He sought political asylum in Australia following the events of Tiananmen Square in 1989 and moved to Sydney in 1990. Recent exhibitions include Ah Xian Meets Jingdezhen, Museum of Frankfurt, Germany, 2002; and China Reconfigured: The Art of Ah Xian in Asia Society New York in 2002. In 2001, he won the National Gallery of Australia's inaugural National Sculpture Prize and in 2009, he won the final Clemenger Contemporary Art Award from the National Gallery of Victoria.
Bui Cong Khanh
Born in 1972 and working in Vietnam, Khanh was trained as an oil painter at the University of Fine Arts, Ho Chi Minh City. The artist has shown his work in numerous museums and galleries in Vietnam, Japan, Korea, France, and Australia, among others. He was the recipient of the Visual Art Residence 2010 at Chateau de la Roche Jacquelin, France.
Harumi Nakashima
Born in Japan in 1950, Nakashima studied at the Osaka Art College, where he switched from a design to a ceramics concentration. Nakashima’s early reputation was cemented as one of the leading teachers at the Tajimi Pottery Design and Technical Center, having trained and influenced many of the most promising young ceramists of Japan today since 1976. Since 2003, he has played a major role in the education of young artists as a teacher at the Aichi University of Education’s Art Department. His work has been shown in museums and galleries in Asia, Europe, and America including the exhibition New Blue and White at the Museum of Fine Arts Boston in 2013.
Ikjoong Kang
Born in 1960, Kang has lived and worked in New York City since 1984. He received his BFA from Hong-Ik University in Seoul, Korea, and his MFA from Pratt Institute in Brooklyn, New York. Kang has exhibited widely, including a solo exhibition at the Whitney Museum of American Art at Philip Morris, New York in 1996; a two-person show with Nam June Paik at the Whitney Museum of American Art at Champion, Connecticut. In the spring of 1997, he was awarded The Special Merit prize in the 47th Venice Biennale.
Liu Jianhua
Liu was born in China in 1965 and began his career in 1977 by working in a porcelain sculpture studio. In 1985, he was admitted to the Fine Arts Department of Jingdezhen Pottery & Porcelain College, majoring in sculpture. Liu graduated in 1989 and went on to teach at the College of Fine Arts at the Yunnan Institute of the Arts. Since 2004, Liu has been a professor in the Sculpture Department of the Fine Arts School of Shanghai University. He has been exhibiting internationally, including the Venice Biennale in 2003.
Yeesookyung
Born in 1963 in Korea, Yee studied painting at the College of Fine Arts of the National University in Seoul. She has completed residencies at Villa Arson, Apex Art, and the Bronx Museum, and her work has been shown globally at the 6th Gwangju Biennale (2006), ARCO 07 (2007), the 5th Liverpool Biennial (2008), the 2009 Vancouver Biennale, the 2010 Busan Biennale and the 18th Biennale of Sydney (2012).
Cost:
$10 for General Admission, $7 for Students with a valid ID and Seniors (60+), Free for Children ages 12 and under, Free for all Museum Members, USC Faculty, staff, and students with current ID
Event Website URL:
http://www.pacificasiamuseum.org/_on_view/upcoming.aspx
Phone Number:
626-449-2742