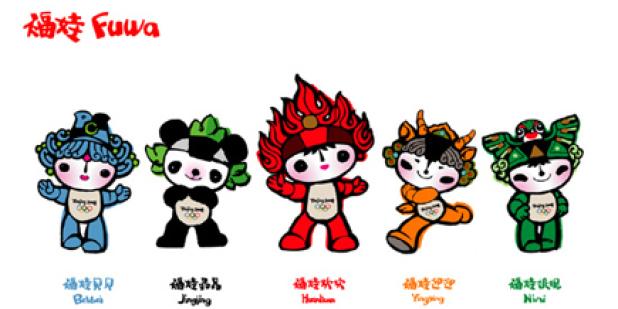 Its economic influence and its involvement in regional organizations has never been greater, but a just released survey of popular attitudes in Asia and the United States indicates that China’s soft power in the region is no match for America’s. Having coined the term in 1990, Harvard University’s Joseph Nye later defined it as “the ability to get what you want through attraction rather than coercion or payments. It arises from the attractiveness of a country’s culture, political ideals, and policies.” The importance Nye attributes to soft power can be seen in his 2004 book’s subtitle: The Means to Success in World Politics.
Soft power is a hot topic in academia and among the general public. In recent years, many journalists and scholars have described Chinese efforts to exert such influence. In 2007 Joshua Kurlantzick, a USC Center for Public Diplomacy fellow, published a widely-cited study, Charm Offensive: How China's Soft Power Is Transforming the World. At the outset he notes,

In a short period of time, China appears to have created a systematic, coherent soft power strategy, and a set of soft power tools to implement that strategy. Through those tools – particularly its public diplomacy and its growing aid and trade – it has developed significant influence, though it is still in a honeymoon period in which many nations have not recognized the downsides of Beijing’s new power.

The new survey, however, finds that many in Asia and the U.S. worry that China could pose a military threat and in none of the surveyed regions was China seen as more “attractive” than the U.S. The survey was conducted by the Chicago Council on Global Affairs and the South Korea-based East Asia Institute. The survey was conducted in January and February, ahead of March protests, riots, and a police crackdown in and near Tibet, the demonstrations and debates stimulated by the Olympic torch relay, and the suffering produced by the massive May 12th earthquake and the current flooding. Christopher Whitney of the Council and David Shambaugh of George Washington University wrote the survey report.

The survey aimed to compare the soft power of the United States, China, Japan, and South Korea in five areas: political, cultural, diplomatic, economic, and human capital. Polling firms were hired to collect the opinions of roughly 1,000 people in each of the following countries: the United States, China, Japan, South Korea, Vietnam, and Indonesia. Based on responses to 40 to 60 questions (asking about humanitarian assistance or building trust and cooperation in Asia, for example), the researchers calculated soft power indices which show the average level of influence on a 0 to 1 scale. Higher scores indicate greater influence.

Chinese, Japanese, and South Korean respondents judged the United States as having the greatest influence. Vietnamese ranked Japan as having greater influence than the U.S. while Indonesians judged the U.S. and Japan to be equal in their soft power. Americans ranked Japan and South Korea’s influence as greater than China’s. For all six populations surveyed, China ranked third in soft power.

In general, China appears to have greater influence in Vietnam or Indonesia than it does in Japan or South Korea, both of which are richer and are American military allies. Americans generally judged China as less “attractive” than did China’s Asian neighbors. Vietnamese respondents were generally more positive than those surveyed in other countries. Pollsters in Vietnam did not ask respondents questions related to political soft power.
Evaluations of American economic influence and its human resources (and ability to cultivate talent) were much higher than China’s. Apart from Indonesians, who are Muslim, Asian assessments of America’s cultural and political influence were high. Based on Asian opinion, American diplomatic soft power while generally superior to China’s, sometimes lags behind Japan’s.
China’s economic rise is evident in the fact that, on average, Americans, Chinese, and Japanese felt that China had more economic influence in Asia than the United States. More than three-quarters of the Asians surveyed thought it was “somewhat or very important” for their children to learn Chinese.
Most of those surveyed, however, thought that over the past decade the U.S. influence in Asia had remained about the same or increased. It’s noteworthy that while 26% of surveyed Americans thought U.S. influence in Asia had increased, 45% of Chinese and 47% of Japanese respondents that U.S. influence was greater today than ten years ago. Chinese respondents had a significantly higher appreciation for U.S. efforts to “manage tensions between China and Taiwan.” 63% of Chinese said the U.S. had been “very or somewhat” effective at this, while only 50% of Americans felt similarly (and just 8% said the U.S. had been very effective).
Large majorities of Americans (68%), Chinese (80%), Japanese (55%), and South Koreans (78%) expect China to become “the leader of Asia.” Equally large majorities of Americans (71%), Japanese (89%), and South Koreans (77%) report being “somewhat or very uncomfortable” with this.
The tables below compare American and Chinese views of each other.
Asked to rank U.S. respect for human rights and the rule of law on a scale of 1-10 (10 high), on average Chinese gave the U.S. a score of 6. This is about the same as Japanese and a bit below South Koreans. When American respondents were asked about Chinese respect for human rights and the rule of law, the average score was 2-2.7. On average, Japanese gave China a scored of 4. Asked whether or not leading countries should pressure others to respect human rights and the rule of law, 63% of Americans answered yes while some 76% of Chinese said leading countries should not interfere in another country’s internal affairs.

The survey report includes details about how it was conducted and the questions that were asked. Interviews in Indonesia and Vietnam were conducted face to face. Those in China, Japan, and South Korea were conducted by phone. In the U.S., the initial contact was made by phone and then internet access was provided to complete the survey. An effort was made to adequately balance urban and rural responses and to draw respondents from all over the countries. Depending on the population surveyed, the researchers put the margin of error at 3.0-3.5%.

The complete report is available from the Chicago Council on Global Affairs. Click here to download the topline survey results.

Survey of American and Chinese opinion: Hope and Fear

Most Americans Now Have an Unfavorable Impression of China